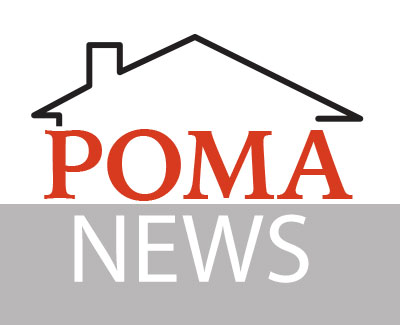 Property Owners and Managers Association, United Neighborhood Organization of Evansville and Evansville Area Association of Realtors hosted a forum to educate the community of the growing meth problem and start the process of mobilizing leaders that will address the meth related issues. If you are interested in seeing what you can do, send an email to methzerotolerance@gmail.com.  Click on the links below to to watch the local news coverage of the forum.

WFIE - September 13, 2011 EVANSVILLE   The Evansville community is coming together to battle the growing meth problem.  Citizens, landlords, law enforcement officers, fire fighters, Vanderburgh County Health Department officials, and state representatives filled the CK Newcomb Center on Tuesday night.  Indiana State Police broke down the numbers at the meeting, and say it costs tax payers $1,500 for police to respond to a meth lab, and costs an estimated $11,000 in clean up for each lab.  Officials say the number of meth labs busted this year is already up 10-percent over last year.  Indiana State Police say last year was a record year for Indiana with 1,400 labs found.  Niki Crawford with ISP says, "Vanderburgh County was the number one county, with 95 lab seizures. We are not seeing a change in that trend, and Vanderburgh County is one of the counties that has the highest numbers of fire, explosions, and injuries."  Officials were not surprised by the number of individuals who came to the meeting, in fact, it ended up being standing room only.  Citizens learned what to look for, how police are tracking meth, and how state lawmakers are drafting a bill to make pseudoephedrine a prescription drug.  District 77 State Representative Gail Riecken says, "This is the way to solve the problem of safety and security for the families not only in these homes, but beside those homes."  The Vanderburgh County Sheriff's Office and the Evansville Police Department both currently have drug task forces.  You can voice any meth complaints online by visiting www.meth.in.gov.

WEHT - September 13, 2011 EVANSVILLE   Police are taking their war against meth to the community. Tuesday night, police and lawmakers held a public forum to discuss the problem and how to fix it.  The meeting served two purposes. It outlined how you can identify meth problems in your neighborhood, and a call to action went out as lawmakers get ready to push a bill to limit the sale of pseudoephedrine.  When it comes to Vanderburgh County's meth problem, the news isn't good.  Indiana State Police Sergeant Nikki Crawford says, "It's alarming and Vanderburgh County was the number one county last year with 95 seizures and we're not seeing a change in that trend down here.  "Cooking meth has evolved over the years. It used to take meth cooks hours to make a batch and ingredients were sometimes hard to come by.  But now, a meth cook can make their meth within a half hour with ingredients from the local drug store.  Crawford explains, "They can take one box of pills and turn that into meth so now, instead of cooking once a week, they're cooking every day, they're cooking two or three times a day.  "Now, Representative Gail Rieken, and other state lawmakers are pushing a bill to limit the sale of pseudoephedrine in the upcoming legislative session.  "Children are endangered in these situations. I think we really have not concentrated on our kids enough," said Rieken.  Kids of meth cooks aren't just in danger from an explosion.  "When you're manufacturing meth, it is releasing gas into the atmosphere that are poisonous to us at 50 parts per million," said Crawford. "These kids are living in that environment day in and day out."  Rieken said she hopes enough people will write or call their local state lawmakers to tell them they want to make pseudoephedrine prescription only.  We'll watch as the bill goes through the legislative process.

WTVW -September 13, 2011 EVANSVILLE  Community leaders held a brain storming session to discuss ways to battle methamphetamines.   The Zero Tolerance for Meth meeting was Tuesday evening at the CK Newsome Center.   The public was encouraged to attend and bring any ideas the had that would help take the drug and it's users off the streets.   One of the main topics of discussion was the re-scheduling of pseudoephedrine, one of the precursors for meth.   Everyone from law enforcement to politicians and candidates were in attendance.   State Senator Gail Reikan pointed out the need for more dialogue within the community.   The committee who organized the event says that by the end of July more than 70 meth labs had already been found in Vanderburgh County.   The evening was sponsored in part by POMA, the Property Owners and Managers Association, UNOE and EAAR.

Courier Press - September 14, 2011 EVANSVILLE   “Enough is enough,” Evansville Fire Chief Keith Jarboe declared to the more than 75 people attending a meeting with state and local law enforcement, fire officials and state legislators Tuesday evening to discuss how to combat the area’s growing problem with illicit meth labs.  “Today we make a stand. Today is the day we should all sign on to fight this,” the fire chief said, citing two deaths, two firefighter injuries and multiple meth-related fires that have occurred on his watch.  Indiana State Police teamed with local officials to discuss what they described as their “largest foe” in illegal drugs.  Officers encouraged those at the C.K. Newsome Center to support legislation they believe will give them the edge in combating an epidemic that is sweeping several states.  They want legislation to make the cold medicine pseudoephedrine, a key ingredient used in making meth, available only by prescription.  Through July, 832 meth labs had been seized this year in Indiana. That’s a number that’s projected to hit more than 1,450 labs for the entire year, according to state police data. In the record-breaking years of 2010 and 2009, 1,346 and 1,343 labs were seized, respectively.  In the first seven months of 2011 in Vanderburgh County, which led the state last year in lab seizures with 95, there have been 82 lab seizures. At that rate, the county is on track for 140 lab seizures.  Some legislators and Indiana State Police officials believe making pseudoephedrine a prescription drug will help tremendously, citing two states that have taken such action. Mississippi saw a 68 percent drop, and Oregon saw a 72 percent drop in meth labs seized in the first six months after passing such legislation.  At least one man raised the concern of the difficulty it would cause people who need such over-the-counter drugs, and Evansville Police Chief Brad Hill responded indirectly.  “Let’s be willing to take a little bit of difficulty on our part, for those of us who (legitimately) need pseudoephedrine so we can make it a lot harder for the guys who don’t need it legitimately.”  State representative Gail Riecken said she will be pushing for legislation in the next legislative session, and she said her biggest battle will likely come against the $600-million pseudoephedrine industry.  She said she would like voters to express their concerns to legislators, even if that means going to Indianapolis.  “Our county has the biggest problem,” she said, “so we need to have the largest presence.”